FTG 1 through 14 were released in the UK 1980-82
Many of this range came in multiple poses (marked with an asterix), others in just one.
Multi-pose figures came in many variants with different heads, weapons, etc. 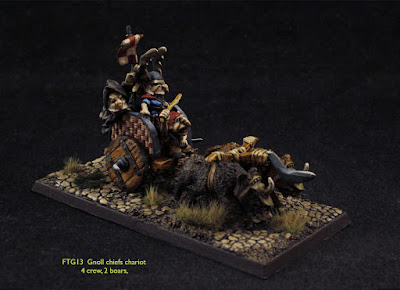 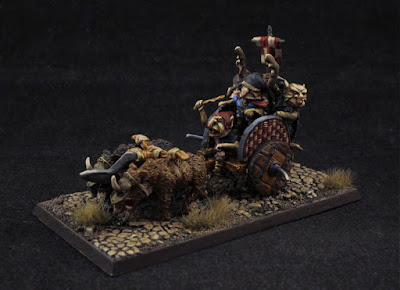 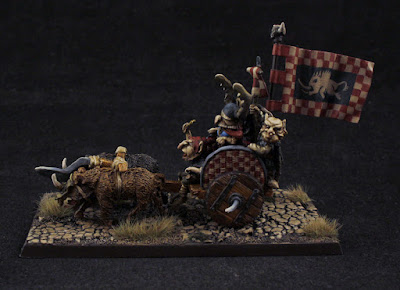 With Added Banner
Other Gnolls
Citadel figures with the same appearance, updated Nov 2021:
FTG The range was extended in US by Ral Partha with FTG 15 thru 19.
(though a couple are goblins not gnolls imho so they will be with the preslotta goblins when I get around to them)

In the UK they were rolled into the new numbering system as C12 Great Goblins
Another Ral Partha release in the US - FF82 Kobold Hero - matches these figs
He can be seen here:  http://leadnpaint.blogspot.com/2017/03/citadel-ff-series-us-extension.html
This figure also shows up in the C12 range.
In the Second Compendium ten C12 poses were added 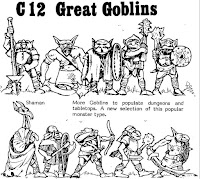 The Boar Riders were moved to the C21 code and illustrated in the First Compendium. Four new poses were added with rider and boar as single piece castings. I have three of them, two are in progress, one is stuck in the UK with my mum, I should put more effort into finding the fourth. I'll update this when I can show them.
Gnoll Army 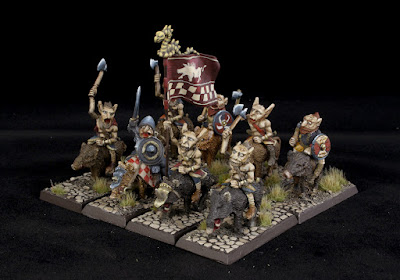 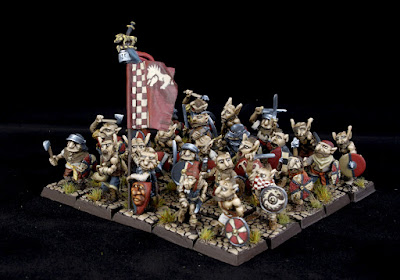 I
Infantry with hand weapons 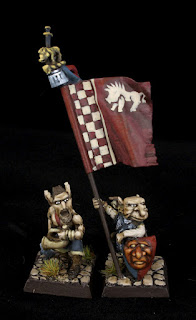 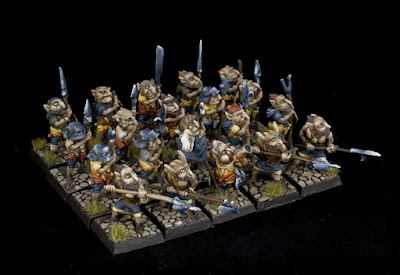 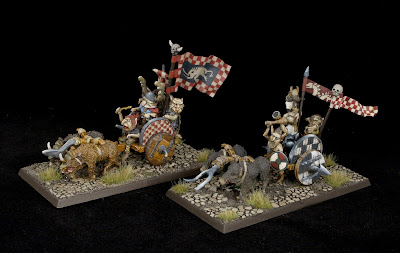