Wrapping up another of this year's projects 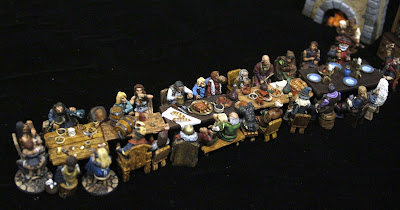 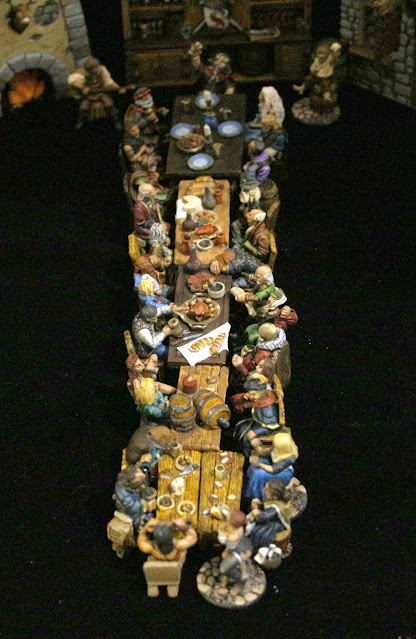 Putting all the tables in the house together and opening up the living room so you can fit everyone for Thanksgiving!  Only afterwards did I realise the Citadel FS seated folk had snubbed the invitation. 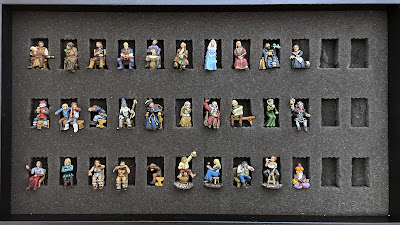 Mithril and a couple of Citadel in the top row

Still room for a few more.. 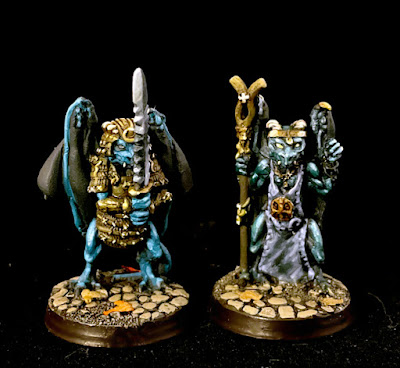 Couple of close up from 153 Dragonmen Command 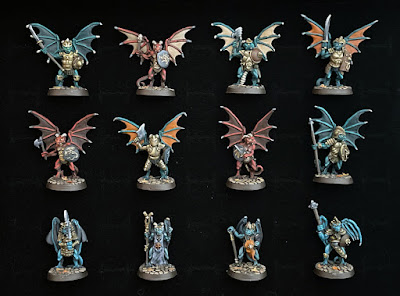 And neatly layed out in their storage tray.
Mimics Old and New 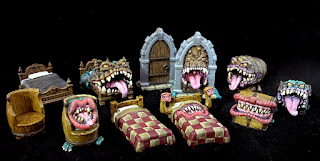 In front Ral Partha Official D&D set 11-456 by Dave Summers
Barrel Chair, Bed and Chest Mimics
Note the non mimic version of each peice were in the RP imports range
I dont have the chest, I would get it but I have sooo many chests.
In the back resin 3D prints from Epic.
While many 3D sculpts dont play well with old minis, due to size or horribly realistc proportions,  I'm finding furniture and monsters that fit in just fine. These Epic figs painted up very nicely. 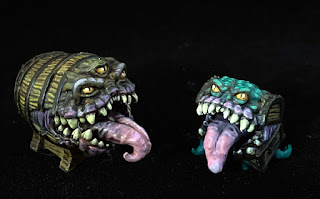 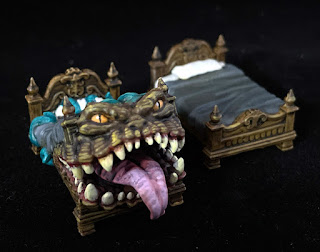 Creature Assortment
This random assortment of "monsters I felt like painting" was selected at the beging of the year and heavily favored Grenadier and John Dennett Sculpts. 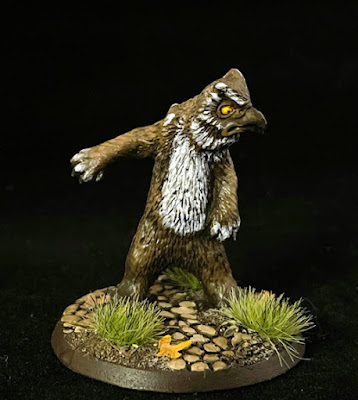 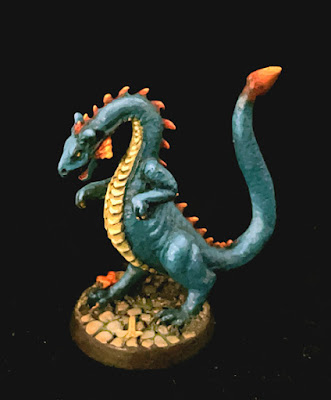 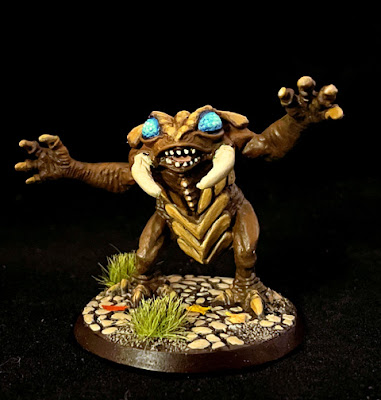 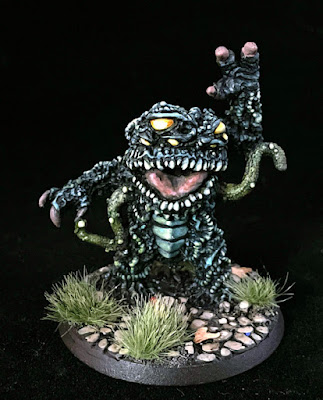 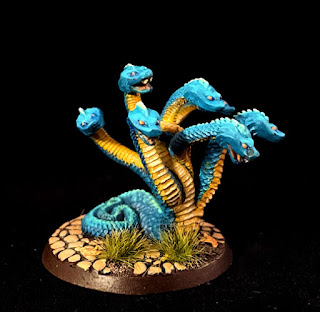 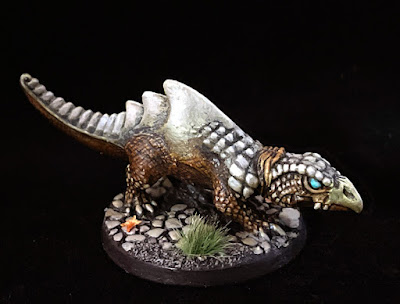 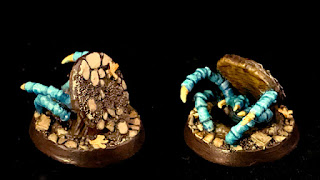 Sneaking in the new - Trapdoor spider
by Schlossbauer - avaiable on Thingiverse

Group Shot
Also shown:
Grenadier 2010f Log Leech
Grenadier 2010 i Basilisk
Grenadier MM54 Naga
Ral Partha 01-097 Grendel
So, as planned, the whole one-Citadel-figure-a-week fell off this year after an 11 year run.
It will be back
Posted by Caius at 4:41 PM No comments: